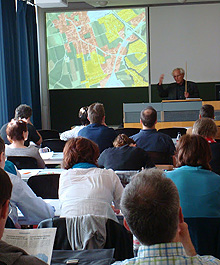 Dr. Rafael de Miguel is elected by the Presidium to be President of the European Association of Geographers (EUROGEO).

The Annual meeting approves the 2018 report, The 2017 Annual Report is published.

The Annual meeting approves the 2017 report, The 2016 Annual Report is published.

EUROGEO participates in the Council of Europe NGO Conference.

EUROGEO presents at the Parliamentary Assembly in the Council of Europe

EUROGEO participates in the UN session in New York. 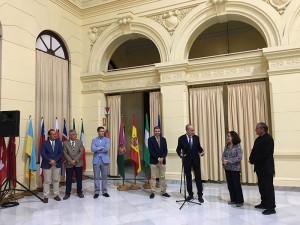 The 2016 General Meeting in Malaga passes the 2015 Annual report and elects a new Board members …
Two new members joined the EUROGEO Presidium. Welcome to Yorghos Photis from Greece, new co-Editor of the European Journal of Geography. Tijana Illic from Croatia was co-opted onto the Presidium to support work on the Annual meeting and conference.

EUROGEO is an international NGO, registered in Flanders, Belgium. Its organisation is managed by its Presidium, which consists of a President, Secretary General, Treasurer and up to five Vice Presidents. Additional Vice Presidents may be co-opted as deemed necessary.

The Presidium are responsible for the finances and administration of the association and in maintaining the Web site, social media and other information sources.

EUROGEO is increasingly engaged in lobbying for Geography and in supporting geographers i inter-governmental agencies. These include the European Parliamentary Assembly and Council of Europe, as well as in UN agencies including UNEP, UN Habitat and UNESCO.

Funded projects increasingly play an important role in the work and activities of the association.